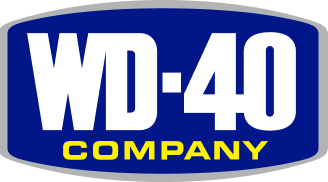 A culture of ownership that begins at the top

Leadership in the WD-40
Company tribe

In a native tribe, the elder tribe members impart knowledge while gathered around a fire with the younger tribe members. Our tribe takes inspiration from that. The number one responsibility of our tribe’s leaders is to coach and prepare the next generation of tribe members to lead our organization. We believe that is ultimately the key to our continued growth and future success.

You don’t build a business. You build people and then the people build the business.

“As chairman and chief executive officer of WD-40 Company, Garry Ridge is responsible for leadership at the board level and developing and implementing high-level strategies for the organization.”

As chairman and CEO of WD-40 Company, Garry Ridge is responsible for developing and implementing high-level strategies, all operations, and the oversight of all relationships and partnerships for the company.

Garry is passionate about the learning and empowering organizational culture he has helped establish at the WD-40Company, and his vision and leadership have positively impacted the WD-40 Company in both measurable and immeasurable ways.

A native of Australia, Garry served in advisory roles for the Australian Marketing Institute and the Australian Automotive Aftermarket Association. Currently, he serves as a member of the board of governors of The San Diego Foundation, and the University of San Diego’s School of Business Administration.

Garry is an adjunct professor at the University of San Diego where he teaches leadership development, talent management, and succession planning in the Master of Science in Executive Leadership program. In 2009, he co-authored a book with Ken Blanchard outlining his effective leadership techniques, titled “Helping People Win at Work: A Business Philosophy called ‘Don’t Mark My Paper, Help Me Get an A.’ ”

Garry holds a certificate in Modern Retailing and wholesale distribution and a Master of Science in Executive Leadership from the University of San Diego. 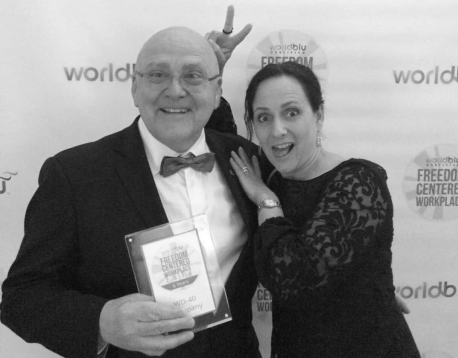 A native Australian, Garry was a DJ for a radio station in Sydney, and rocked a sweet ’fro growing up. Garry has always been filled with restless energy and excitement about possibilities, and has a bit of a travel bug. He’s been to 62 countries, and is always looking to add to the list.

“Although each region has its unique characteristics, we are all guided by the same strategy, vision and values and we all strive to create positive lasting memories in everything we do.”

As president and chief operating officer of WD-40 Company, Steve is responsible for the day-to-day operations of all three of the company’s operating segments as well as the global coherency of its brand and digital strategies.

Steve has been with the company since 1991 and most recently held the role of division president, Americas and chief brand officer. Prior to that role, he held various management positions with the company, including European commercial director, European sales director, director of continental Europe, country manager Germany and, international area manager.

Prior to joining WD-40 Company, Steve worked as an export sales executive at Temco, BICC Electronics where he managed Swiss, German and Austrian regions.

Steve is a native of the United Kingdom. He has a bachelor’s degree in both French and German and a master’s degree from the London Business School. 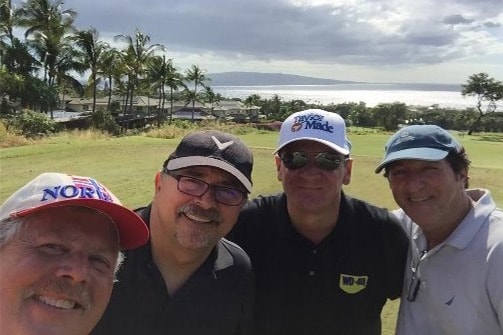 A native of Yorkshire, Steve relocated his entire family to San Diego from Britain in 2016. Steve speaks German and French fluently but continues to struggle with American English. Steve looks forward to “breaking 100” now that he lives in a place where he doesn’t have to spend six months of the year obsessing about whether it’s going to rain or shine.

“The business of law isn’t all that difficult, but it does require daily effort to take command, with attention to detail and relentless pursuit of the truth. People don’t always like lawyers for all the questions we ask, but I’ll never stop asking questions.”

Prior to joining WD-40 Company in 2014, Rich practiced law in San Diego for 32 years. He provided corporate and business counsel to the company for all of those years. In 1981, he joined Harmsen Carpenter Sidell & Olson, APC, which combined with Gordon & Rees LLP in 2000. At Gordon & Rees, Rich served as co-chair of the firm’s business practice group.

Currently, Rich serves as chair of the board of directors of Educational Enrichment Systems, Inc., a non-profit organization dedicated to providing state-funded and affordable quality early childhood education and development programs in San Diego County.

Rich received his Juris Doctor degree from the University of California, Hastings College of the Law, and his Bachelor of Arts degree in mathematics from Colby College. 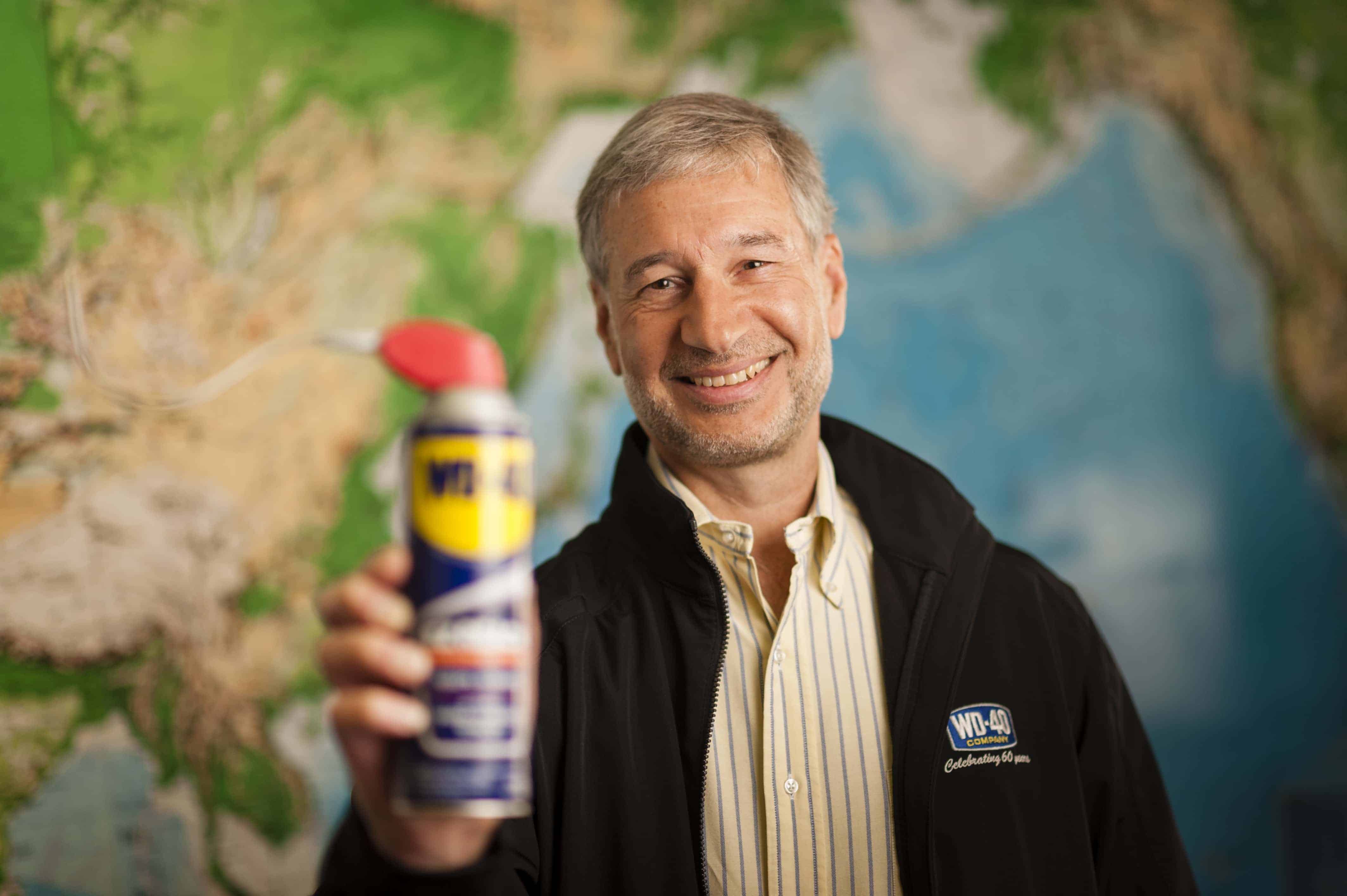 Rich has always enjoyed an active life. When he was 17, he and two high school buddies rode their bikes across the U.S. He’s skiied at 75 ski areas in 11 states and six countries. He’s climbed Kilimanjaro, kayaked in Torres del Paine, rafted the Futaleufú River in Chile, and has scuba dived off Kalimantan, Borneo in Indonesia. Clearly, he enjoys doing things most people can’t do, in places most people can’t pronounce.

“Our growth comes not from just one area, and it’s not because of just one person. It’s a combination of the brand, the execution, the retail environment and being true to ourselves.”

As the managing director of WD-40 Company’s Asia-Pacific segment, Geoff is responsible for overseeing all operations throughout the Pacific Rim, Asia and Australia. Geoff also serves as a board member of WD-40 Company (Australia) Pty. Ltd.

Geoff joined the company in 1996 and assumed the role of managing director in 1997. He was responsible for overseeing the opening of the Company’s subsidiary in China in 2006. He lived in Shanghai for more than three years before returning to Sydney, Australia in 2009.

Prior to joining WD-40 Company, Geoff spent 16 years with Columbia Pelikan in various management positions within the organization.

Geoff was educated in Sydney at the Macquarie Graduate School of Management. 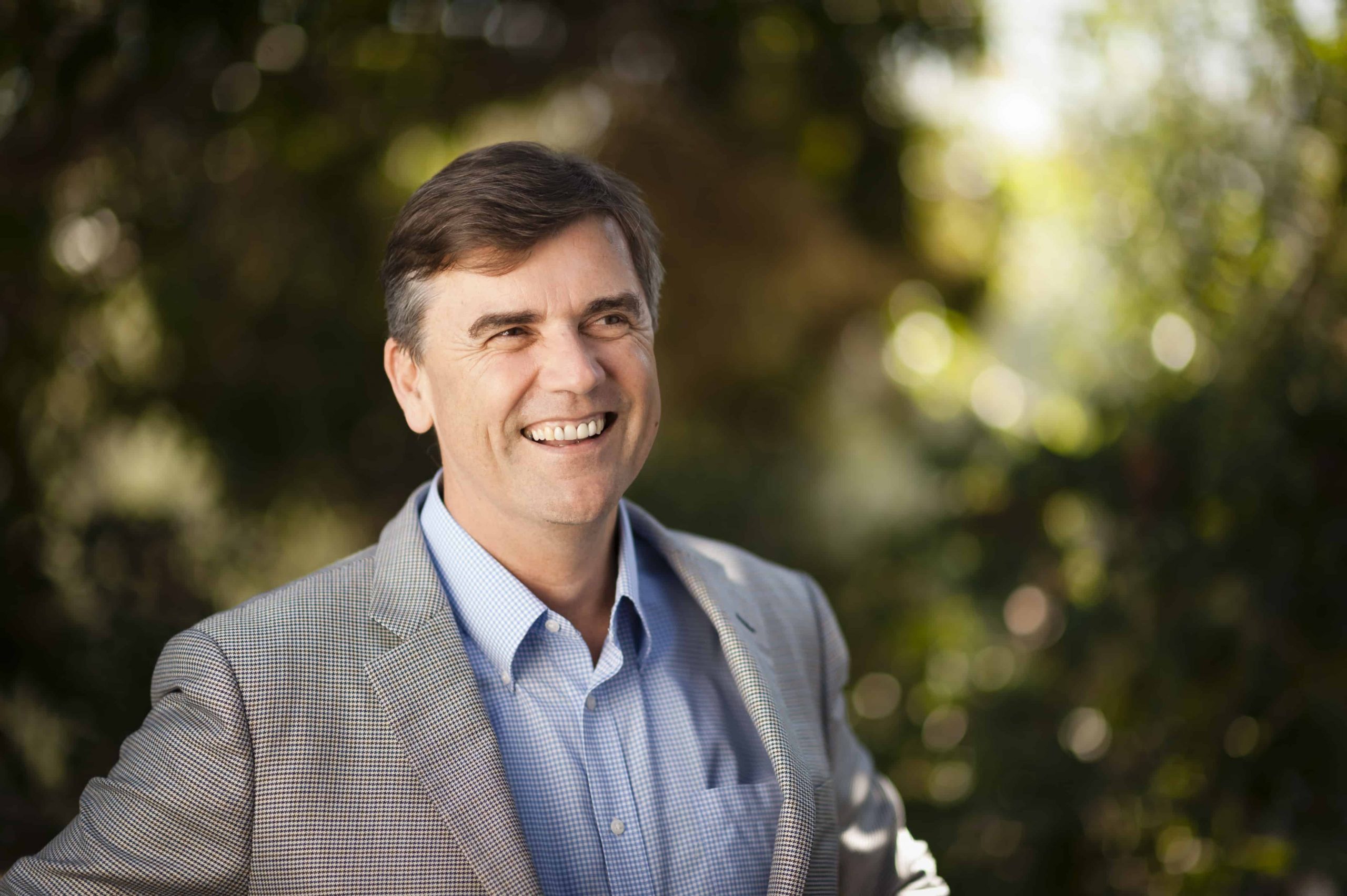 Geoff began his relationship with the gentleman’s game as a caddy at Roseville Golf Club in his native Australia. He later balanced that out by playing Representative Rugby for Sydney. Geoff is batting a thousand in job interviews since leaving school in 1987: he’s only had one, and it was for the WD-40 Company.

“When we get to do important things, alongside people we respect, and we are allowed to make a difference, it does not really feel like work.”

Jeff received his Master of Science in Executive Leadership from the University of San Diego and his Bachelor of Science degree in Business Administration from Walden University. He maintains a SHRM Senior Certified Professional (SHRM-SCP) credential and serves on the SHRM Certification Commission, which oversees credentialing of human resources professionals around the world. 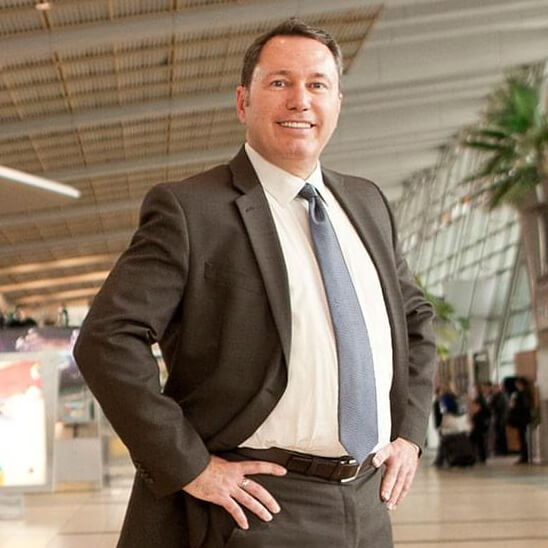 Jeff loves to travel. Whether in Shanghai, Santiago, San Diego, Selçuk or Stuttgart, he has only ever met one kind of people: the humankind. His travels have helped him to understand that wherever one is in the world, we all want a better life for our kids than we, ourselves, have led. A lifelong learner, Jeff is currently completing his Doctorate in Business Administration with an emphasis in leadership.

“Our tribe is collaborative. We encourage each other, we hold each other accountable for being better, and we have a lot of fun.”

As the managing director of WD-40 Company’s EMEA segment, Bill is responsible for overseeing all operations throughout Europe, the Middle East and Africa.

Bill joined WD-40 Company in 1993 and has held various management positions, including international marketing manager and director of operations. In these roles, Bill was responsible for overseeing the opening of the company’s Malaysian office and managing the Company’s Asian regional office in Kuala Lumpur. In 1996, Bill moved to the United Kingdom to assume the role of managing director.

Prior to joining WD-40 Company, Bill was with Dow Corning for nearly ten years in various sales and marketing management roles throughout Asia.

Bill holds a Bachelor of Science in chemistry and mathematics. His postgraduate studies include marketing at Monash University and management at the University of Auckland, New Zealand. 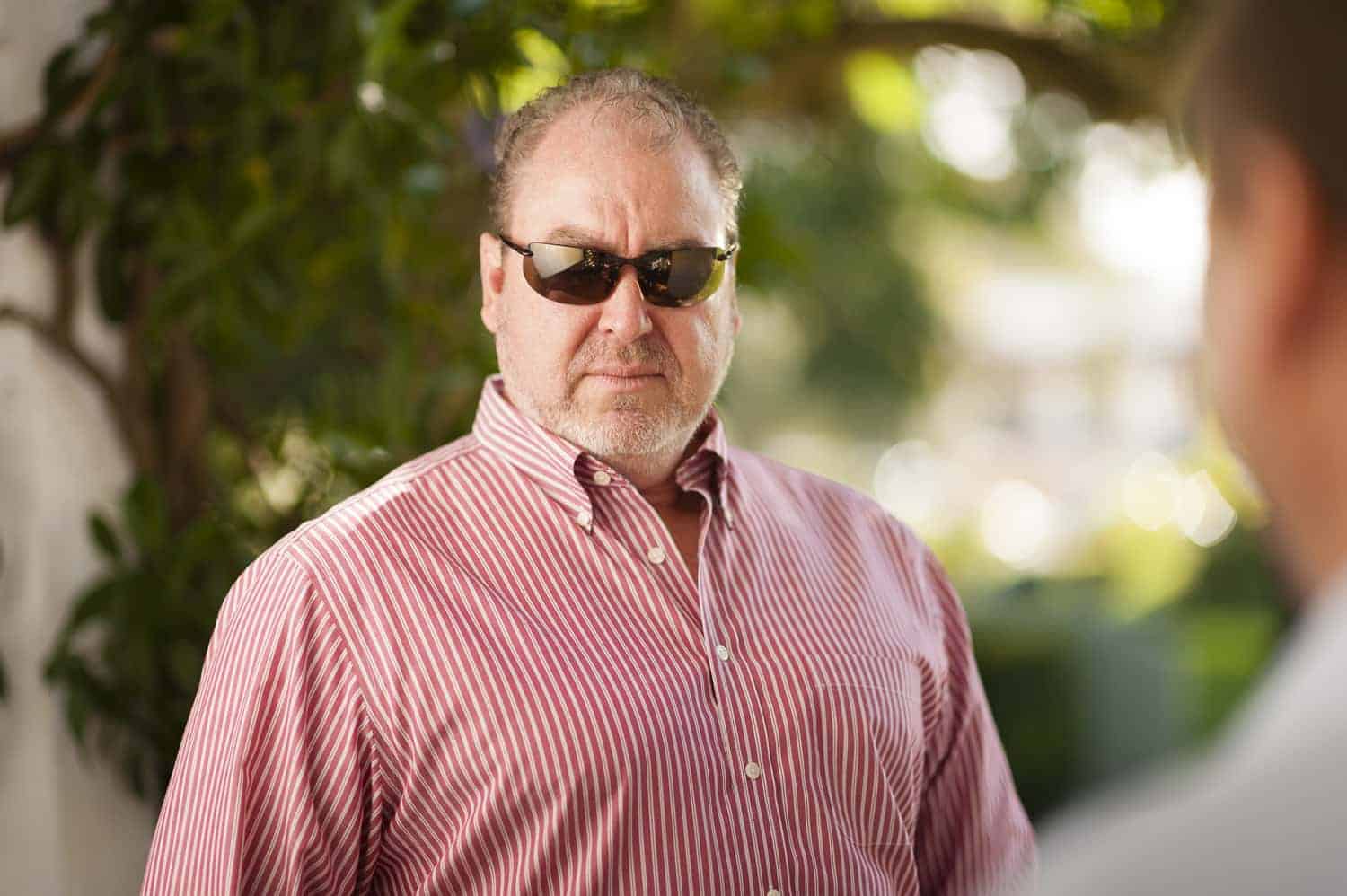 A man of the world, Bill knows when to order roti canai and when to order nasi goreng. He also knows the difference between a burgundy and a bordeaux, and enjoys them both with good friends. In fact, Bill believes you learn more about people between 9 p.m. and 3 a.m., rather than 9 a.m. to 3 p.m. Among his many international skills, Bill has learned how to smile in many languages.

“A good leader should be collaborative and mentor positively. I consider it my number one responsibility at WD-40 Company to ensure that we are shaping our next generation of tribal leaders to understand this.”

As the division president of WD-40 Company’s Americas segment, Patricia is responsible for overseeing all operations throughout the United States, Canada and Latin America.

Prior to joining WD-40 Company, Patricia worked in brand management at ConAgra Foods from2000 to 2005, International Home Foods from 1997 to 2000 and Diageo from 1995 to 1998. She currently serves on the board of advisors for the Cremo Company.

Patricia received her Bachelor of Science degree in marketing from King’s College and her Master of Science in Executive Leadership from the University of San Diego.

“Where there is a will, there is a way,” a motto Patricia’s Mom taught her and one she firmly believes in. Patricia is the youngest of six children with a large extended family and as a result, had many mentors in her life. She began her marketing career on Madison Avenue in NYC where her specialty was exotic travel. When she is not working, she can be found spending time with her husband and son, at sporting events (Go Yankees!) and taking time to lounge on various California beaches.

“We continue to make investments in research and development, brand protection, regulatory and quality assurance, and of course, our number one asset: our tribe members.”

As vice president, finance, treasurer and chief financial officer, Jay is responsible for overseeing the company’s financial operations, including the management of accounting, treasury, financial planning and reporting, investor relations and internal audit.

Jay joined WD-40 in December 1997 as manager, financial services and has held various financial leadership positions within the organization, including controller and vice president finance/controller. He assumed the role of chief financial officer in 2008.

Prior to joining WD-40 Company, Jay served in a variety of positions, including consulting roles in the tax practice of the public accounting firm Price Waterhouse LLP, now known as PricewaterhouseCoopers LLP, from 1991 to 1997. 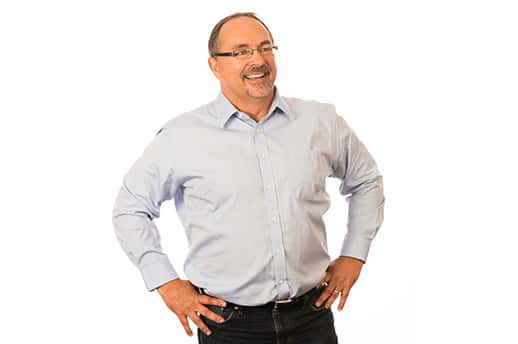 Everything is typically smooth sailing for Jay. One time, though, he was on his way back from Catalina in a storm, and a wave dumped the boat on its side, sweeping Jay overboard. Thankfully, Jay was foresighted enough to have a harness on that was tethered to the boat. Yo ho ho.

View Board Of Directors 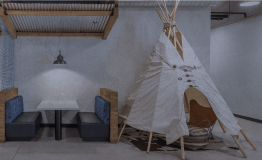 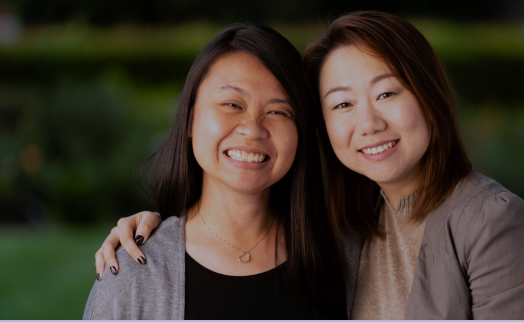 Our values are the heart and soul of WD-40 Company 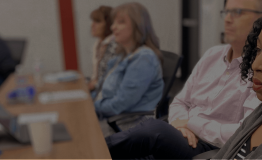 Developing and strengthening our tribe from within builds future leaders 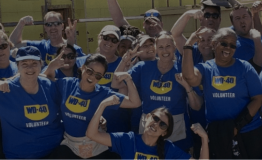 Our #1 value. There’s only one way to do things: the right way!

Any cookies that may not be particularly necessary for the website to function and is used specifically to collect user personal data via analytics, ads, other embedded contents are termed as non-necessary cookies. It is mandatory to procure user consent prior to running these cookies on your website.